Patience has its limits. Take it too far, and it’s cowardice.

I am a patient man though less so with each passing year. Perhaps I am becoming more brave? Though I have never been one to keep my mouth shut 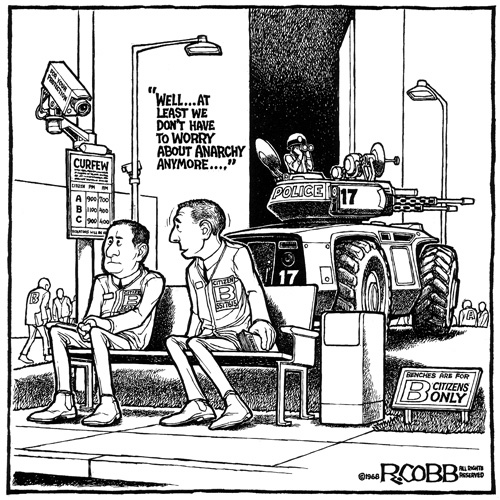 or to not act when injustice presents itself to me society for a while dampened my response. You could say that society had made me cowardly for I was tired of flying in the face of popular culture. (Notice I said culture and not thinking or logic.) What I have discovered over the past year as I began to break my silence and speak up again was that complacence is a form of cowardice. Recently, I was faced with confronting a particular authority figure and honestly I didn’t want to. They hadn’t done anything horrible but they were not doing what was right. They don’t take well to personal criticism so I knew my words would undoubtedly be unwelcome. Yet in the back of my mind this constant mantra kept coming to me…’if not you, then who?’. I guess that is when it hit me and my path was clear. Yes, I spoke with the person and it didn’t go well; they reacted worse then I even imagined. But the deed was done and like it or not someone had called them out for their behavior. What struck me about this situation and led me to reflect about how complacency is a form of cowardice was how insignificant my task (speaking up) was. Then I thought of others who have faced greater tasks (charging a tank) with more fortitude then I had at first shown.

I am happy to report that I am back on track and standing my ground and speaking up when needed. Don’t send me a cap and tights because that isn’t my meaning! But I did get to thinking what if we all stood up and did the difficult tasks? What would the world look like? It IS difficult to stand up to authority or go against current “socially acceptable” topics; but think what happens if we don’t. Well the answer to that is pretty easy, you get to live in a society just like we have today. What does your tomorrow look like? Unfortunately the fortitude of our forefathers seems locked away for fear of mass media and the special interests. The only way to change this is for the good people to stop being quietly complacent and to speak up and say enough! Until then good luck to those who do speak up and do stand up for what is right, I know you are out there.