The Lesson of the 5 Monkeys

A Zen Thing . Articles of Interest 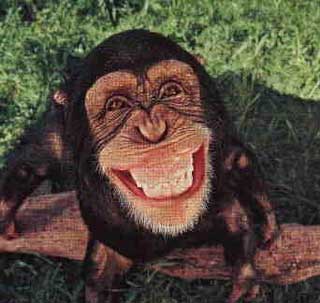 We begin to learn the lesson of the five monkeys but putting five monkeys in a cage and in the cage hang a banana on a string and put stairs leading up to it.

Before long, a monkey will go to the stairs and start to climb towards the banana.

As soon as he touches the stairs, spray all of the monkeys with cold water.

Now we turn off the cold water and observe.

If, later, another monkey tries to climb the stairs, the other monkeys will try to prevent it even though no water sprays them.

Now, remove one monkey from the cage and replace it with a new monkey.

Next, remove another of the original five monkeys and replace it with a new one. The newcomer goes to the stairs and is attacked. The previous newcomer takes part in the punishment with enthusiasm.

Replace the third original monkey with a new one. The new one makes it to the stairs and is attacked as well. Two of the four monkeys that beat him have no idea why they were not permitted to climb the stairs, or why they are participating in the beating of the newest monkey.

After replacing the fourth and fifth original monkeys, all the monkeys which have been sprayed with cold water have been replaced. Nevertheless, no monkey ever again approaches the stairs.

“Because that’s the way it’s always been done around here.”

There are many lessons to learn from this story. Tome the first is that we should always question and seek to understand the reasons for things, regardless of the push back we get. Fortunately I live in a society where you can (to a lesser extent) still do this. There are more places (countries) then not however where this is not the case and asking questions or questioning the norm or expecting more can get you into trouble or killed. Unfortunately those who don’t question are no different then the monkeys and often deserve the cages they live in because they are not willing to take a chance or question in favor of security and comfort. History shows us that most people are sadly like the monkeys.

Another lesson here is an examination of the effects of trauma and/or stress on our reactions and beliefs. Your own reflection or discussion on that idea is left to the comments section (a challenge?!). Why can/does trauma or stress lead to otherwise irrational behavior being viewed as rational? Just to get you started…