Is it a Family Thing? 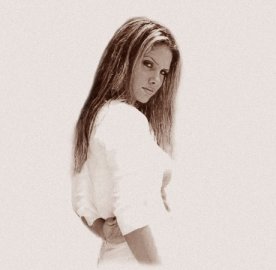 So it’s Saturday and I decided to do talk about something different…Nicole Saba. Now chances are that you have no idea who Nicole Saba is, honestly neither did I until a random search on my surname, Saba. But the more I read the more interested I became, especially since there is a remote chance we could be related. So who is Nicole Saba?Nicole Saba is a 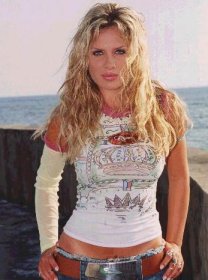 very talented Lebanese singer and actress. Her most recent album was released in 2004 and has been well received. While I have not found an English version of the album the single I heard, Bahebak Awy, was great and would easily suggest everyone take a listen. While her work seems to only be for sale in Arab nations I bet an English version would do well here in the West. Most recently, in November of 2005, Nicole performed with the rock band Scorpions while on tour in Doha, Qatar. Nicole’s performance before the 4,000 people in attendance from around the region was described as spectacular! Nicole has expressed her honor to take part in such an event, which she considers a chance of a lifetime, especially the fact that she sang with such a popular band. Nicole was scheduled to accompany them on their tour for three more stops and perform a duet with the band. 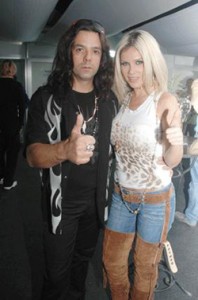 As an actress her career is short but distinguished with a 2003 release of a very successful film “Al Tajruba Al Denmarkia” (A Dutch Experience). Nicole is looking to expand her film audience beyond the Arab nations and is rumored to be in talks to co-star along side well know American actress, Demi Moore. Nicole confirmed this rumor but stated that the project has been slightly postponed due to the current conditions in Lebanon. In the mean time she has been cast on a few popular Arab Television shows. Most of her career activity is centered in Egypt which prompted her to shift her career to Cairo. The singer bought an apartment in Al Maadi district, and plans to reside there with her mother on a permanent basis. Nicole noted she will occasionally visit Beirut but feels living in Egypt is more suitable for her career, since most of her recording takes place in Cairo along with her numerous roles in different Egyptian movies.

Now much of the information available about Nicole is in the form of press releases so it doesn’t go very deep. However what I did find indicates that Nicole has not had an easy road to success. Referring to some recent contract issues she is facing one article states “Despite the difficulties Nicole encountered at 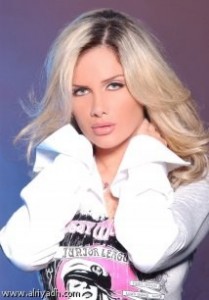 the beginning of her career, she has overcome the obstacles and risen to the top.”. Also in January her former Manager filed charges against her which could bar her from performing in Egypt, where she now lives. But if she is a Saba she will fight on and eventually prevail! To often people only remember the successes of celebrities and forget the problems and challenges they faced on their way to success. We must not forget this lesson because those who fail to handle the challenges are never remembered and there in lies the lesson. Be strong with a Budo (justice) spirit and never give up. I am sure Nicole will prevail become more successful because of her experiences, positive and negative.

So who is Nicole Saba? She sounds like someone who knows what she wants and who has overcome many obstacles, a very dynamic woman! The more I read about Nicole the more I think we probably share some ancestral blood-line, we are both very motivated and have overcome numerous obstacles to get where we are… I seriously doubt we are related but it would be kind of neat if we are! Well Nicole Saba, if you are reading this thank you for the great song and hopefully we will hear or see more of you in the West. And if you make it to America, please feel free to stop by for dinner with me and my family! Either way I have sent Nicole a message and hope to hear from her soon. Until then let’s all wish her the best in life and career…after all her and I could be related!