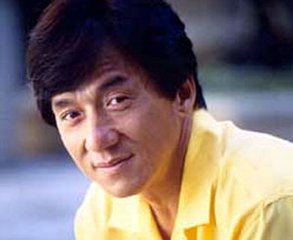 Jackie Chan speaks out as part of an International campaign to raise awareness of the dangers and impact of fake products. Jackie Chan’s personal stake in this cause is the illegal reproduction and sale of his movies on DVD. That being said I doubt this is his primary motivation, Jackie Chan seems to truly be interested in stopping the title wave of this negative market force. Based around supporting criminal elements (organized crime, terrorists, petty thieves) the production of fake products creates active sources of exploitation for child labor and slavery. Unlike the typical business model that provides some economic gain (though minimal) in the production of real products within the bounds of the local labor laws (if present). Given the recognition of Jackie Chan globally adding his name to this fight could in time help raise awareness of the subsidiary problems of child labor exploitation and slavery rampant in the world today. But keeping thing light Jackie Chan “used a flurry of karate chops against four assailants wearing Jackie Chan masks. He also cut a tie in half with scissors and ripped apart a pair of counterfeit shoes with his bare hands.” I pity the counterfeiter that Jackie runs into!