In Bernards Township, NJ the Veterans Administration is opening a treatment center to help female veterans who have been sexually assaulted. This facility is the first of it’s kind and has drawn praise and outrage alike. Reportedly driven by a dramatic increase in the number of assault and harassment cases involving female soldiers the new center will provide treatment to those suffering from a condition known as military sexual trauma. An ongoing VA screening process finds that 20% of female soldiers leaving the military report encountering a form of sexual trauma during their service.

So what is Military Sexual Trauma (MST)? It is defined as physical assault of a sexual nature or sexual harassment of a threatening character committed by one’s colleagues during military training or service. 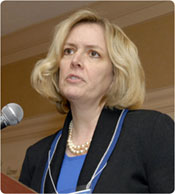 Susan J. McCutcheon, Ed.D., R.N., Program Manager for Special Projects in the Office of Mental Health Services at the U.S. Department of Veterans Affairs (VA) heads up the administration’s military sexual trauma programs. She feels the new site will especially benefit those women suffering trauma during war overseas. The center, opening in December, will be the first residential VA center that focuses on the increasingly prevalent condition.  While the program is directed only towards female victims of MST, Dr. McCutcheon notes, that it is important to screen all veterans. She suggests that using Statements like ‘Violence is common in our society, so I ask all my patients about this’ can help normalize screening results.

No information or statistics were given regarding the percentage of male soldiers leaving the military that report encountering a form of sexual trauma during their service.  This is only interesting because information began to surface in 2001that the U.S. Department of Veteran Affairs quietly began collecting nationwide data on the extent to which men have been sexually traumatized in the armed forces.  This made a brief splash in the popular media in 2003. No information was available at this time relating to reporting statistics for active duty personnel.

The need for a facility like this seems clear, however, the gender bias brings into question the motive.  It would appear that since rape, sexual trauma and sexual harassment are not exclusively male-female crimes this facilities focus is politically motivated.  Politically motivated in that funding would be more easily obtained for this subset of the greater real problem.  Where does that leave the victims of male-male MST or female-male MST victims (it does happen)?  Well they for the moment seem to be relegated to the same place as the problem, ignored and denied aid.