This article was reprinted here with permission from the Author.

Domestic Violence: A Danger To Men And Women Alike

The term “domestic violence” is generally linked with violence against women in today’s society. But what isn’t usually thought of is the fact that men are victims of violence in relationships as well.

A recent study by Daniel J. Whitaker, Ph.D., Tadesse Haileyesus, M.S., Monica Swahn, Ph.D. and Linda S. Saltzman, Ph.D. of the National Center for Injury Prevention and Control, showed that men and women can be violent in a relationship and that injury occurred more often than not when the violence was reciprocal.

“We were interested in understanding the phenomenon of violence in relationships,” Whitaker said. “A lot of other studies noted that a lot of partner violence is reciprocal and this is the first [study] that looked at whether or not violence was worse when it was reciprocal.” 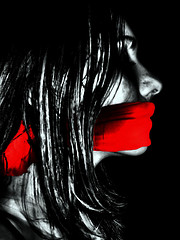 Dr. Whitaker and his colleagues took 11,370 respondents from the samples of the 2001 National Longitudinal Study of Adolescent Health to survey. Out of these respondents, 24 percent of all the relationships had violence in them and 12 percent of those violence were from both men and women. The study also showed that when the violence was reciprocal 28.3 percent of the time injury occurred.

“In our study, our findings showed that the more violence was reciprocated, the more injury occurred,” Whitaker said of the study’s findings. ” Another important factor was the fact that women and men alike started these violence and led to an escalation of violence which in turn led to injury.”

Whitaker said this finding is important to note because reciprocal violence was more dangerous for the victim, both men and women alike, than nonreciprocal violence in a relationship. Therefore, when violence occur because a woman initiates it, it’s as dangerous as when men initiate it because that violence can escalate more and become more serious. Two-thirds of the time, the victim is a woman.

Whitaker said these conflicts that involve violence happen because some people in relationships do not have any communications strategies.

“[These violence] happen because of conflicts that escalate out of control,” he said in the report. “If people can learn relationship and communication strategies, it would decrease a great amount.”

The president and attorney of the National Coalition of Free Men, Los Angeles chapter, Marc E. Angelucci, said he is not surprised at all by the findings. Angelucci, who started the chapter, said he is angry that the media does not cover the fact that men are as much victims in violence of relationships as women are.

“[The study] does not surprise me at all because as far back as 1975 the National Family of Violence industry, which is feminist leaning, has not yet publicized the male victims and has only cited the figures for female victims. That has gone on decades and there is a long history to this, documented by Professor Linda Kelly of Indiana State University School of Law. Today, almost 200 similar studies have already been done and confirmed the same [findings as Dr. Whitaker’s study] more or less.”

He added, “When you look at the social science instead of just the crime data, you find the only serious differences between the sexes with regard to domestic abuse is that men are much less likely to report it and that women suffer more physical injury on average.

“But men sustain about one-third of the injuries and children are psychologically damaged by witnessing it regardless of injuries. So the difference in injuries should not be an excuse to ignore any victims or downplay female violence at all as some try to do,” Whitaker said.